And why you must replicate it in your writing 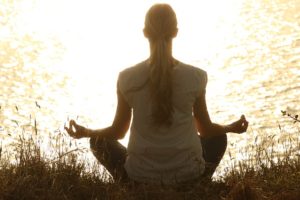 Calm. What I’d hoped for from my chair and found in a human voice.

This is a true story about a close call, mismatch and a quest for human comfort.

Last Friday afternoon I ordered a new armchair from Dunelm. As the chair cost £550 I didn’t want to make a mistake so I spent ages taking measurements and comparing it with other armchairs. I needed to be sure it would fit in my sitting room and match the rest of my furniture.

Happily, the chair passed all my tests. I was delighted – I thought it was beautiful: a lovely rich and sunny gold colour and, to my eye, perfectly proportioned.

So, I took the plunge and ordered it online. Dunelm sent me a nicely-worded ‘Thank you for your order’ email, which had a line saying they wouldn’t process it immediately as they allow for a 48-hour cooling-off period. I smiled at this. I’d been so careful before placing the order that I didn’t want a cooling-off period, I just wanted my beautiful new chair as soon as possible. I was so excited I kept a photograph of it on the table in the sitting room so I could keep stealing loving glances at it.

Then, on Saturday evening my daughter casually said, ‘Mum, doesn’t that chair have a really low back?’

And she was right, it did. I’d made a huge mistake and messed up one of the measurements. I’d measured the height of the chair overall but missed the seat height to back ratio. And because the seat was high it meant the back was low. Not the kind of chair you can sink into at the end of a long day with a sigh of pure bliss.

First thing on Sunday morning I called Dunelm to cancel the order. I was anxious to cancel it quickly, so I’d get my full refund.

However, when I got through none of the ‘press one for..’ options they offered me matched why I was calling. I listened to them a few times and in the end just had to guess the closest one. Time was of the essence and I needed to speak to someone fast.

Eventually my call was answered by someone called Marianne. She was lovely and immediately reassured me there was no problem, she would cancel the order and I would get my refund in full. She was so calm and helpful I forgave Dunelm for its unhelpful and stressful phone system.

Marianne told me I’d get an email confirming the cancellation and would receive my refund a few days later. Disaster averted! Or so I thought…

Because, when it came, the email I got bore absolutely no relation to my conversation with Marianne. It was a generic thank you for contacting us message and said I could expect a response within 72 hours.

72 hours! That was no good as the cooling-off period was only 48 hours and I was already more than 43 hours in with the phone lines due to close soon!

There was a different telephone number on the email to the one I’d called earlier, so I rang that to try and find out what was going on.

This time I had a completely different set of options to choose from. And yes, you’ve guessed it, not one of them matched my query. I tried to bypass them by repeatedly pressing the hashtag button, a trick I learned years ago, and which does sometimes work. Only not this time.

In the end I had to take pot luck again and just press any number. Anything to try and reach a human voice.

After I’d been waiting for almost ten minutes, all the time getting more and more anxious, Maureen answered my call. By then I was so frustrated and upset I was in the mood for a rant. But just like Marianne earlier, Maureen couldn’t have been more helpful. She very quickly reassured me and took time to explain what would happen next. She even read out their email to the supplier to confirm my order had been cancelled and put my mind at rest.

The moral of this story

The people who work for Dunelm, at least in their customer services department, are brilliant. They represent the company superbly. But the language in Dunelm’s emails and on its telephone system is letting the company down. Its written voice doesn’t match its human voice. And its human voice is better.

This means the company doesn’t have a consistent tone of voice. It’s confusing for its customers and creates problems for its staff.

When I told Maureen about the email I’d received – the email that was misleading and meant I called the company again when really I didn’t need to – she made a knowing sound, as if she answered calls like mine all the time.

It can’t be much fun for her, spending her working life calming down customers who are cross because they’ve been made to feel anxious by the poor wording of an ill-thought out email. And it can’t do the company’s profits any good, paying people to answer calls that could easily have been avoided.

Marianne and Maureen both spoke in a way that was warm, informative and helpful. Dunelm would do well to go and listen to them and then replicate their human voice across all its communication.

I can bring a human voice into all your communication to help you attract the right customers – and then keep them.

Email me at: [email protected].co.uk

Connect with me on: LinkedIn

Thank you for reading my blog. I hope you found something in it to help or inspire you, or to make you smile. Please feel free to share it.